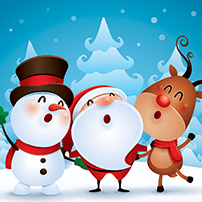 With less than ten days to go before the height of the holiday season is around us, it's time to look at some of the best Christmas themed slot games in the business.

We present our pick of our favorite slots that will take you into the lazy days of the season, allowing you finally to kick back, relax and spin the reels of truly awesome games.

Our selection covers traditional Christmas games they don't get more classic than a Hallmark card, as well as a few games that bring with them a delightful, quirky twist on the theme.

Whether you like your slot games decked with holly and jingling bells, or you'd rather see Santa's Elves going to war against each other, we can assure you that you will find a slot game or two to suit your tastes to a tee at some of the top online casinos.

Ladies and gentlemen: We present our pick of the five best Christmas themed slots! 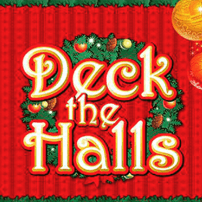 You can't say Christmas themed slots without mentioning Microgaming's Deck the Halls slot in the same sentence. This is truly a classic game in the online casino world, and it is not for nothing that it is one of Microgaming's most popular holiday-themed games.

Deck the Halls slot is a five reel, 30 pay line game and allows you a maximum wager of 300 coins. The results, if you are lucky, could see you cashing in enough to cover that entire Christmas wish-list and more!

The scatter Bells symbol, when it appears anywhere on the five reels, completes wining scatter combinations, while three of them activate the Free Spins Bonus game. Enjoy 10 free spins with a multiplier win. 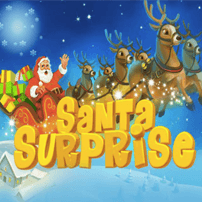 Santa takes to the skies in Playtech's take on the Christmas theme. Santa Surprise is a 5 reel, 20 pay line game that taps into the creative spirit of this software group, and the excellent images show the result.

The Santa Claus wild symbol is the perfect substitute on the reels to create winning combinations, while Santa's workshop is the scatter symbol. Three or more scatters landing on the reels automatically award players 10 free spins, with all winnings tripled.

Three ore more Christmas Tree scatters activate the fun Christmas Gift Bonus round, whisking players off to a second screen and giving them a chance to pick a random gift from under the tree.

Santa Surprise is rounded off with a great gamble feature with the chance to double your rewards. 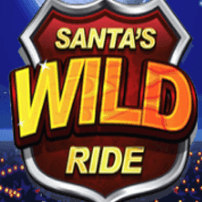 Microgaming decided that Santa was bored with riding out on his sleigh year after year, century after century and has given Old Nick something to celebrate. Santa's Wild Ride has switched the old fashioned sleigh for a roaring Harley Davidson as Santa's new mode of transport, and the guy has never been happier!

This 5 reel video slot comes with Microgaming's popular 243 ways to win format, and allows wagering of up to 7.50.

Besides its cool theme and fun twist on Christmas, Santa's Wild Ride is also attractive for other reasons. The Key Scatter symbol unlocks the highly rewarding Santa's Wild Ride Bonus Round, with the chance to win 25 free spins with double payouts. Three other features increase those rewards - the Stacked Wild, the Expanding Wild and the Trailing Wild.

The Present symbol, which appears on the 2nd and 4th reels, opens up a randomly generated prize. 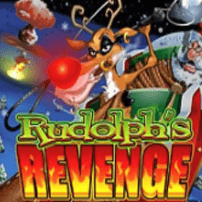 Realtime Gaming hit the nail on the head with the creation of its 50 line progressive video slot, Rudolph's Revenge. Not only does this game have the potential to be hugely rewarding, thanks to its set up, but it is also incredibly fun to play.

In this particular X-mas themed slot, Santa's loyal reindeer has had enough with carrying heavy sleds through dark skies, and has decided to revolt. The result is a fun and entertaining twist on traditional seasonal-inspired games, and some of the images are downright hilarious.

Rudolph's Revenge slot is rich in bonus features as well - from Bomb scatters which activate at least seven free spins, to multipliers that increase your payouts significantly.

With a base level jackpot of 20,000 or the chance to hit the progressive jackpot, this is an excellent game to play at this time of the year.

Rudolph's Revenge proved to be so popular at RTG powered online casinos that the software group followed up with two equally successful titles - Santa Strikes Back slot and Elf War slots. 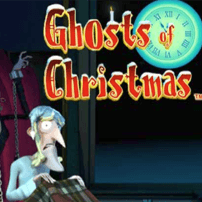 Playtech took the classic Dickens novel, A Christmas Carol and turned it into a classic of its own, the Ghosts of Christmas slot. The five reel, 20 pay line game has been given a fantastic modern twist with video graphics and supreme audio features. You'll recognize characters such as Scrooge, Tiny Tim and Marley among the faces that grace the reels.

There are two main bonus features in this game. The first is the Ghosts of Christmas feature which is activated with three or more Clock symbols. One of three available 'pick me' rounds is presented and players can pick gifts to increase their rewards.

The second bonus feature, triggered by three or more Jacob Marley symbols, reveals up to 15 free spins and a 3 x payout.

Playtech's Ghosts of Christmas is a breath of fresh air among the many classic holiday slot games that you'll find at online casinos at this time of the year. It has a ghostly, Victorian feel to it which should prove very appealing to players who like to seek out the something slightly different.