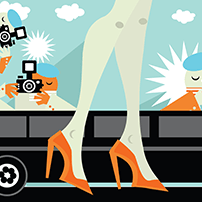 Slots are among the most popular games at casinos - be it land-based casinos or online/mobile casinos. There are a large number of casino software manufacturers who bring to you thousands of exciting slots titles. They come in a number of categories, and one of the most popular categories that you get to play at both land-based and online casinos is the celebrity slot.

There are a number of slots that are themed on celebrities, mostly from the US - Hollywood and the music scene as well, besides slots based on superheroes from Marvel Comics and DC Comics. The number of musician and other celeb-slots from Hollywood are mind-boggling - Michael Jackson, Megadeth, Guns 'n Roses, Dolly Parton, Jimi Hendrix, and so many more; you name it and it is there. There are slots based on hit movies and TV shows from Hollywood as well. Similarly, there are a number of slots featuring celebrities from the UK.

On this page we take a look at the top UK celebrities who ended up with a slot in their name. We list out the slots along with a brief description and what features to expect when you play them. 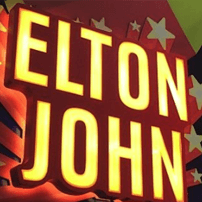 Elton John has been one of the biggest musical icons from the UK in the past century. His song, Sacrifice, is one of the biggest hits in the industry, and other songs like Candle in the Wind, Tiny Dancer, Can You Feel the Love Tonight, Crocodile Rock, and Nikita, - have ensured his superstar status. It was only fitting, therefore, for him to be enshrined in slot machine legend as a slot.

The rights for developing the slot and its subsequent release were picked up by one of the big names in the casino software industry - WMS - sometime in 2014. The release was set for late 2014 and early 2015 at the casinos and the game itself came complete with its own cabinets.

This is a 5-reel slot with 40 paylines that comes with loads of cool features designed to give you rewarding wins. The symbols on the reels include a piano, sunglasses, gold reels, the man himself, and more including the standard card symbols for the lower values. A number of his golden hits are included in the sound track of the slot. Bonus features include:

There were a number of popular artists and celebrities in the 1960s, and one of the most popular were the surreal comedy group called Monty Python. Their sketch comedy show, Monty Python's Flying Circus, was aired on BBC in 1969 and it came a 4-series event with 45 episodes in all. The TV show skyrocketed them to fame and they went on to do films, albums, stage show tours, books, and even musicals. They are considered to British comedy what the Beatles was to music. So it was only natural for them to be brought to people in the form of a slot.

In fact there are now multiple Monty Python slots, some based on the movies featuring them. These include, among others:

Monty Python and the Holy Grail 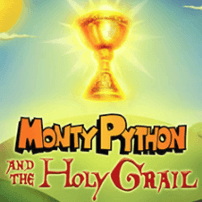 This is a Playtech slot with 5 reels and 30 paylines that is based on the movie of the same name. The game comes with loads of features including high quality graphics in the cartoon style, a wild symbol that appears only on reel 5 and spawns wilds of different kinds as it moves across the reels - locked wilds, wild stacks, sticky wilds, and more, and all the symbols are from the movie apart from the card values - Sir Galahad, Sir Bedevere, Sir Lancelot, and King Arthur along with Patsy and Sir Robin; the coat of arms is the scatter symbol.

Bonus features include the Quest of Camelot feature that gives you free games with different modifiers: 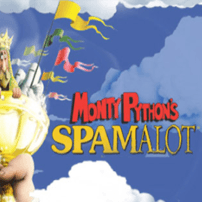 This is a Playtech slot that has 5 reels and 20 paylines. The game has a number of cool features including high quality graphics and animations, loads of symbols including a wild and a scatter symbol, and some cool bonus rounds. The highlight is of course the progressive bonus round that comes in 4 stages, each stage triggered when you land the bonus symbols on reels 1 and 5 together:

There are also free spins to be had, which give you a shot at hitting one of the two Holy Grail jackpots. 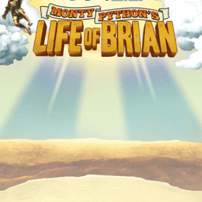 This fabulous Monty Python slot is based on the controversial film of the same name released in 1979. The slot was developed by Ash Gaming and comes with some exciting features. It is rich in symbols - Pontius Pilate, the Laughing Centurion, the Jailer, Mr. Cheeky, and Brian's mum are among some of them. There is the logo which is the wild and also a Temple scatter symbol. Exciting features in the game include:

Life of Brian bonus: This feature is triggered by landing 3 scatter symbols on reels 1, 3, and 5. There are 4 games you get to play, starting with the Stoning bonus. 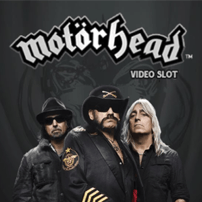 Motorhead is one of the most iconic rock bands to emerge out of the UK. It was formed and fronted by legendary bassist, singer, and songwriter Ian Fraser 'Lemmy' Kilmister in 1975. In a career spanning over 4 decades, the band changed the face of heavy rock music in the UK and has to its credit:

It was, therefore, natural for this legendary band to find its pride of place in the slots universe through a slot brought to you by NetEnt - the Motorhead slot. The game has 5 reels and 76 fixed paylines and comes with high quality graphics, a unique format, and loads of features, and is considered one of the trilogy of music-based slots NetEnt released - the other 2 being Guns N Roses and Jimi Hendrix.

The reels are set against the backdrop of a stage, which is only fitting. There are loads of exciting symbols, including a scatter symbol, a wild symbol, cherries, horseshoes, stars, and more. There are a few cool features built into the game: 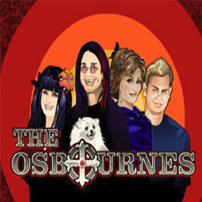 John Michael Osbourne, popularly known as Ozzy Osbourne, is the epitome of the heavy metal vocalist and is considered the Godfather of Heavy Metal. He was one of the founders and also the lead vocalist of one of the most iconic heavy metal bands of all time - Black Sabbath. He was kicked out of Sabbath in 1979 and embarked on a solo career that saw him launch 11 studio albums. He is a member of the Rock and Roll Hall of Fame as a member of Black Sabbath and into the UK Music Hall of Fame as a solo artist.

He has also been part of a hit reality show on TV with his family. With such an impressive resume, it was no wonder that Microgaming decided to launch The Osbournes, a slot with 5 reels and 20 paylines themed on the Osbourne family show. The slot captures Ozzy and his family - wife Sharon and kids Jack and Kelly. All members of the family are seen in the symbols on the reels, along with other symbols including a guitar, a framed family portrait, a microphone, an armchair, and also an Emmy award.

The bonus round in the game is the Minnie Free Spin Trail bonus, which gives you 10 free spins that can be re-triggered. Another bonus is Grab a Gift, which is randomly awarded and gives you up to 6000 coins and a choice of 4 presents to pick from.