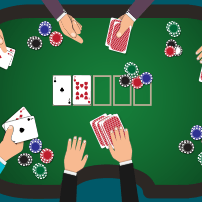 Poker has never been more competitive than it is today. The sharks of the past have been largely replaced by a new breed. These players have been able to hone their craft playing online and thanks to automated dealers, and the ability to play multiple tables at once, have more hands experience than those big names that came before them.

For once in the world of sports, the UK is home to some of the best in the business. Today, we're meeting five of the planet's greatest poker stars that hail from old Blighty. We'll learn a bit more about them, their successes, and how they were able to rise to the top. So, hoist that union flag, put "God Save the Queen" on repeat, and let's get better acquainted with the hottest talent from our home shores. 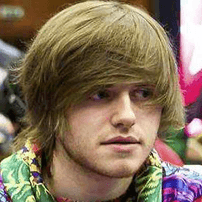 With his novel fashion taste and distinctive floppy hair, Charlie Carrel is instantly recognisable at the poker table. The 23-year-old is already a multi-millionaire and is ranked 142nd on the all-time money list whilst enjoying a Global Poker Index ranking of 27. Being so young, he's been the focus of much media attention here in UK with articles about him featured in VICE, the LAD Bible, and The Mirror.

Whilst clearly a wizard of the deck, Carrel hasn't always funded his life through playing cards. In a podcast interview, he talks of his past money-making endeavors:

"There were times in my life where I made money through other… nefarious means. I got into drug-dealing at one point in my life - and bought and sold Pokemon cards."

Clearly a hustler in the truest sense, Carrel also admits he has a penchant for psychedelic substances, as well as polyamorous relationships. Whilst we're not sure if these are the secrets to his success, they sound like worthy experiments for those seeking the kind of success he's enjoyed at the felt.

The fifth most successful British poker professional claims to have won his first tournament for £30, and has never needed to deposit since. He doesn't attribute his fortune to his lifestyle choices today however, but rather his ability to successfully block out potential stresses - a skill honed from regular dealings with bullies growing up:

"I created a defence mechanism - I can detach from my emotions. A poker example would be how I never feel stressed if I'm on a final table. I can turn it off. I'm grateful for that." 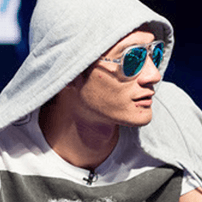 Known for his friendly and approachable demeanor, Jack Salter is a favorite amongst the professional circuit. Like many, his story starts with low stakes online play:

"I was at Uni and some guy told me he was paying his rent from playing online poker. I'd never even heard of poker up until that point. So, I thought I'd give it a try and see if I could do the same."

His first games being $3 sit-n-gos, his career didn't get off to the most flamboyant of starts. He even admits that he was "pretty terrible" in the early days. He favored experience over book learning and claims he was largely ignorant of classic poker texts, forums, and other tools. "It took me a couple of years to learn what people could probably learn in a couple of months."

His fortune changed after taking down a $10 rebuy tournament however. Fortunately, one of the only concepts which Salter had taken to heart by that point was that of bankroll management. "I've managed never to go broke like a lot of players do."

The tournament victory, whilst hardly significant enough to deem life changing by most, prompted a drastic decision from Salter. He immediately dropped out of university to play full time. Since then, he's amassed a sizeable and growing list of prizes from some of the planet's biggest tournaments. His victories include a Deepstack event at a UKIPT event in 2014, and the six-max Aussie Millions tournament held in the same year.

The London-based professional has amassed over $6 million in his live career to date. He's now able to relax and be less cash-centric in his approach:

"It's always going to have to be predominately about money. I used to see it way more that way, as absolutely only money, but now I see it as also a lifestyle and what I enjoy doing." 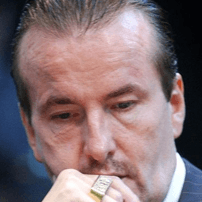 Unfortunately, the number three on our list of most successful British players is no longer with us. It is, of course, the legend that is the Devil Fish. With a career spanning over twenty years, Ulliot had a fair bit more time than our other featured professionals to amass his total career winnings of $6,218,290.

Considered by many to be the godfather of European poker, Dave was certainly a distinctive character. From his early appearances on Late Night Poker in 1999, he consistently brought a smile to viewers' and fellow players' faces alike. An inspiration to thousands, it's hard to imagine a player who's contributed more to the diffusion of Texas Hold ‘em in the UK that he.

The legend that was the Devilfish unfortunately lost his battle to bowel and liver cancer in 2015. His family later reported that he was surrounded by loved ones at the end. Pragmatic as ever, the Kingston-Upon-Hull professional said the following about his illness shortly before his death:

"It is a hand that life has thrown at me. All my life I have had rubbish hands and I have managed to turn them around. It is what I am good at and this is no different."

His good friend, and fellow professional Andrew "Giddy" Perendes commented: "Poker is not poker without the name Devilfish." 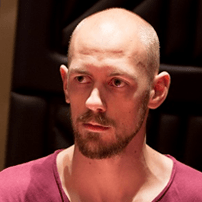 With some epic victories just this year, Stephen Chidwick has catapulted himself almost to the top of the British poker rankings). In August 2017, the 28-year-old professional out played a field of 122 other players to takedown the PokerStars Championship in Barcelona. The event in question was the high-roller which costs a staggering €25,500 for a seat. The gamble paid off, however, as Chidwick took down the top prize of €690,400, after beating current Card Player: Player of the Year, Bryn Kenney. Following the event, Chidwick told PokerStars, "It's fantastic. It's my best result."

The heads-up contest didn't last long despite there being plenty of big blinds remaining in play. The action culminated with Kenney shoving pocket threes into Chidwick's eights. The board bricked for both players and the British pro received a very handsome pay-out.

Chidwick isn't just a master at No Limit Hold ‘em either. His skills extend some of the more niche games offered at casinos. These include 8-Game, HORSE, and Stud Hi/Lo. 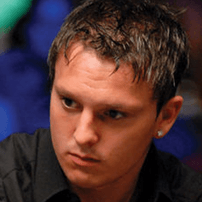 With more than double Stephen Chidwick's total live winnings, Sam Trickett is the most successful British poker player of all time. Not only that, but he's also Europe's highest earner too.

Around half of Trickett's winnings were made from his epic second place finish to Antonio "The Magician" Esfandiari at the WSOP "Big One for One Drop" $1M Buy-in Poker Tournament. Despite not being able to secure the top spot, the British professional still earned more than $10 million for his troubles.

Trickett's combined achievements at the felt have put him just in the top five poker players of all time. He joins the likes of Phil Ivey, Daniel Negreanu, and Erik Seidel in the exclusive club.

Born in Nottinghamshire, Trickett's early life was not as glamorous as you'd expect for a seven-figure-winning card shark. A former gas fitter and problem gambler, Trickett split up with his fiancée following combined losses of over £250,000. Fortunately, he turned his fortunes around, and now those troubles are well in his past. Today, his words about the game he loves and excels at are those of a consummate professional:

"You are making high-pressure decisions with imperfect information. You need to have a clear head and to keep your cool. There's a lot of maths and statistics, it is a game of theory combined with an incredible mix of strategy."