Craps is a popular dice game that you can play online at many UK casino sites as well as at land-based casinos. In fact the craps table is one of the noisiest at a land-based casino because of the excitement that the game generates. There is not much strategy involved – you have to roll the dice and you win or lose based on the outcome of the dice roll – and that is what contributes hugely to the popularity of this game.

The game is simple to play: there is a craps table with different numbers and markings on it. You need to roll 2 dice – at a land-based casino you roll the two dice while at an online casino you click the Roll button on your computer’s screen – after you have placed your bets. The sum of the two numbers on the dice when they land determines whether you lose or win and you get paid according to the bets you placed.

This article recommends the best craps casinos, and touches on craps rules and strategies.

Top Craps Casinos and Bonuses – Where To Play Craps

Craps has a low house edge, which can be further reduced by using the different bets available smartly. That is why not all online casinos offer craps bonuses. The ones that do allow only certain craps bets to be played with the bonus. 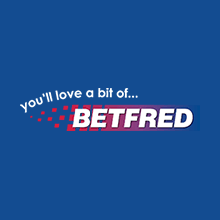 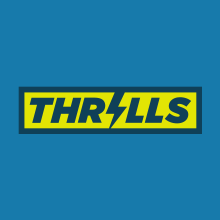 Craps was originally known as ‘crabs’ – the French pronunciation of the word – across most of France. The earliest instance of a game like craps being played dates back to the Roman Empire: the soldiers played a game using dice crudely fashioned out of pig knucklebones that were rolled on to their shields.

The closest game to craps was Hazard, developed in France in the 18th century. From France it made its way to the USA in the 19th century via the Arcadia in French Louisiana. Bernard de Mandeville from New Orleans simplified the game and this newer version spread across America over time, through the steamboats on the Mississippi River. This game had a big flaw: the results could be easily manipulated with fixed dice and the existing betting rules.

John H. Winn solved this issue by introducing the concept of letting players choose between the ‘right’ and ‘wrong’ bet and adding a space for Don’t Pass bets. This change allowed players to bet for or against the roller. The popularity of craps spiraled downwards after World War II as games like slots and video poker caught on. Since the arrival of the online casino, it has gradually become popular again.

Craps is simple to play and rewarding too as it gives some of the best odds among all online casino games. The table may look confusing in the beginning, with so many different areas marked out and the game is fast and dynamic too. Knowing the rules helps understand the game and play.

There are 3 sets of people at a craps table:

This is the player shooting the dice. Every person gets to be a shooter in a game. The shooter’s first roll is the come out roll. The objective for the shooter is to throw a winning combination on the first roll – 7 or 11. The shooter loses if the throw is a 2, 3 or 12.

Other players can place bets on the outcome of the dice roll. All other players get to be shooters in turn; they also have the option of declining to shoot dice. They can bet for the shooter or against him. There are also a number of other bets available, which we will discuss later in the article.

They are the people who run the game at a land-based casino and include:

How to Play Craps

The first throw is the come out roll. A 7 or 11 in a come out roll is called a natural and is a winning throw.

A player continues to throw the dice till he hits a 7 or a point number. Throwing a 7 causes the shooter to lose, while throwing a point number results in the shooter winning. The terms for these instances are ‘seven out’ for a loss and ‘making a point’ for a win respectively.

The shooter continues to throw the dice till he lands a natural, point or craps. At that point, the game ends and bets are taken for a new game.

There are different kinds of bets available when you play craps. These include:

They function more or less like the pass line or don’t pass line bets. You place these bets after the come out roll. Both of them pay out even money. The following are the rules for the come bet:

If the shooter doesn’t throw any of these numbers and shoots a point number instead the new point number is established independent of a point rolled or made during the come out roll. For you to win, the shooter has to roll this point. If he shoots a 7 instead you lose the come bet. With come bets, you can also place odds bets along with the actual bet.

Don’t come bets work just like the come bet, but in the reverse direction. You win the don’t come bet if the shooter rolls a 2 or 3 and lose if he shoots 7 or 11. The game is tied if he shoots 12 and goes into push mode. You can then either collect your bet or leave it on for the next round.

If the shooter does not roll any of these numbers, any number he rolls then becomes the new point number. If the dealer rolls the point number you lose the don’t come bet. You win if he rolls a 7.

These are extra bets that you can place during a game. You can place these bets only after the shooter has established a point, along with the pass line and don’t pass line bets or the come and don’t come bets. Odds bets are popular because they do not give the house any extra edge; in fact they could reduce the house edge if used properly. The following is the payout table for the different odds:

Knowing the basic rules of craps is great, but you also have to know the terminologies commonly used in the game. We list here for you in alphabetical order the common terms used in craps along with a brief explanation for each of them.

When you play craps it is important to understand the probabilities associated with the different bets thoroughly to avoid making mistakes while betting. Understanding the probabilities is critical because unlike in other games like blackjack or poker it is quite difficult to sway the game your way using any other means.

There are 2 extremes to consider when you are talking of the probabilities in betting. Some numbers are bound to appear more frequently than others in a dice roll as there are different dice combinations that can add up to the same total. The two numbers with extreme probabilities of being hit are 7 and 12. The probability of 7 being hit is high – it is the most common number – at 16.67% given that there are 6 combinations possible:

The probability of 12 being hit is low as only 2 combinations can result in this number being hit:

Once you know the basics of the game, calculating the probabilities is not so difficult. We show you now the way to calculate the probability of landing the number 7 or 11, as the main objective of the shooter is to land one of these numbers in the come out roll:

This basic probability guide helps you work out the winning or losing statistic. That is just one part of the picture, however; you of course have to play smartly to ensure you maximise your win ratio and not end up busting your bankroll soon.

How good are craps strategies; do they work?

There are no craps strategies that can help you win continuously because it is, after all, a game of chance. However, there are tips you can use to reduce the house edge at times and pick up a win.

Is it possible or even necessary to memorize all the bets in craps to be able to play well?

Whether it is possible to memorize all bets in craps depends on the person; some may have the mental agility to accomplish this feat will most wouldn’t. But in terms of whether it is necessary, it isn’t. The basics of the game come down to a few important bets. The simplest way to get better at craps would be to understand these bets well.

What is the house edge in craps?

The house edge in craps depends mainly on the kind of bet you are placing. The bets with low house edge are:

Also, it is important to note that there is no house edge on the odds bets technically. The house still retains a nominal edge on these as they are placed only after making a pass or don’t pass line bet.

What are the best banking methods to use while playing craps?

E-wallets are a good option because of the fast withdrawal time; at some casinos e-wallets like NETeller and Skrill have a withdrawal time of 24 hours post the approval of withdrawal. Another good option is a credit card like Visa or even MasterCard; you would of course need to check if the casino you are playing at offers these methods for withdrawal.

Can I play craps always without throwing the dice?

You can do this when you are playing at a land-based casino. However, at an online casino the player is the shooter always.