Female Gambling In The United Kingdom: Facts And Figures 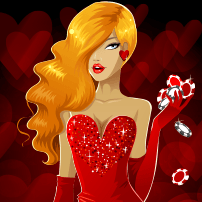 Gambling in the UK had historically been dominated by males, but that changed with the arrival of online gambling. Online casinos took away the need to physically visit a casino or betting shop for gambling and the number of women who gamble from home has increased with each passing year.

Female gambling, however, is not an altogether new phenomenon. The presence of bingo halls and the use of bingo as a social gambling tool for fundraisers and charities in the 1950s was a contributor to the presence of women in the gambling community. Most of the women who formed part of the traditional bingo culture were elder women. The establishment of betting shops in the 1960s changed that trend as these were considered male bastions of society.

Women are now once again forming a very important part of online gambling demographics. Confirmation of this fact can be found in the figures seen in the reports released by the United Kingdom Gambling Commission (UKGC) each year.

Female Gambling: Trends in the UK

The gross gambling yield (GGY) in Great Britain for the time period between October 2015 and September 2016, according to a report published by the UKGC, is £13.8 billion. The remote gaming sector's contribution to that number is a massive £4.5 billion, with the remote betting, bingo and casino sector accounting for a 32% market share.

A look at the numbers for the online casino industry are quite interesting in themselves, and cover the participation of men and women overall:

The statistics take on added significance when you take a look at the numbers relating to women gambling and pit that against the numbers for men, and the overall number. The number of women gamblers stood at 44%, compared to 53% for men. The overall percentile of people who gambled was listed at 48%.

An earlier report in The Independent in March 2015 had some interesting figures related to women and gambling. The report said that women under 35 are more likely to gamble than older women. It was based on a study conducted by Heather Wardle, who was previously the head of gambling research at NatCen, a social research institute. The report also indicated that women under 35 were more likely to gamble compared to women of the same age from an earlier time period.

The numbers have been consistent over the years. The first ever annual Health Survey for England (HES) to include queries on gambling, conducted in 2012, showed that the overall percentile of men and women who participated in some form of gambling activity over the past 12 months was 68% and 61% respectively. If you took out the number of people who took part in the National Lottery, that number dropped to 46% and 40% respectively for the men and women.

The following are the numbers about women and gambling in the HES survey:

Recent studies conducted about the involvement of women in gambling, especially online gambling, also show some interesting results. One of the biggest online and mobile casino operators in the UK, BGO casino, conducted its own research on women and gambling.

The study also showed that women between the ages of 25-34 were most active in all spheres of gambling, followed by women in the age group of 16-24 years. The following are some key take-away points from their research into players at their casino:

Another interesting statistic showcased by Titanbet Casino on its website tells you about the proficiency levels of women gamblers in the UK: while 75% of men gamble at online casinos compared to 71% of women, the women win as much as 5% more per bet compared to men for similar bet amounts.

There are other interesting statistics based on data from 2016 when it comes to women and gambling in the UK:

Top Reasons for the Rise of Women Gamblers in the UK

The number of women gamblers in the UK has been steadily on the rise. Here are three main reasons for this development.

Women and Gambling in the UK: The Dark Side

It is true that more and more women are discovering the entertainment and excitement that online and mobile casinos have to offer. There are loads of games to be played and tonnes of money to be won. A woman earlier this year won two progressive jackpots in the space of two weeks at BGO casino to take home a cool £1.7 million in all:

She beat some monstrous odds - 625 million to 1 - to achieve this feat. These are all the feel-good aspects to women playing at online and mobile casinos in the UK. However, there is a darker side as well, in the form of the possibility of a rise in problem gambling among women.

To conclude, there has been a steady rise in women gamblers in the UK. A direct result of this has been the thriving online and mobile bingo business in the UK. Some of the big online bingo operators here, like Cassava Enterprises and Cozygames Management, among others, have launched bingo sites numbering in the thousands, most of them catering to women.

Online and mobile bingo are, however, not the sole attractions for women; they are equally attracted to luck-based games like slots and scratch cards.

See All The Top-Rated Casinos