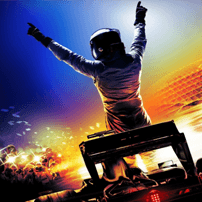 Formula One betting remains in its infancy compared to gambling on many other sports.

But while a lot of people do not even think to have a bet on the big race on a weekend, for others F1 betting can be a very profitable pastime indeed.

Liberty Media, the new owners of the sport, have signalled a desire to push Formula One in a new direction and an increased focus on digital areas will be at the heart of the changes.

The company has also indicated it believes there is a lot more to come in Formula One betting, so it will not be a surprise if the sport makes a stronger effort to attract punters in the future - it certainly looks like something that will be on the cards.

For now, however, there are still plenty of opportunities to make money in gambling on Formula One for those who know what they are doing.

Let's take a look at some of the fundamentals of Formula One betting and examine the markets that are on offer for those who want to have a gamble on motorsport.

Introduction to Formula One betting

First though, we need to cover the very basics of gambling on Formula One.

The sport is still developing in betting terms and it does not take a lot of research to see how it lags behind a sport like football, for example.

A typical Premier League match will have more than 100 markets available to bet on with the vast majorities of bookmakers, giving punters a huge array of choice for their fancies.

Options are much more thin on the ground when it comes to F1 betting, however, although things are slowly changing in this regard.

Things are improving, though, and now those who fancy having a flutter on a race weekend have a lot more opportunities to make money off their favourite sport.

Next up, we'll take a look at the various Formula One betting markets that are up for grabs at online bookmakers and start to pick out some angles that could be exploited in bets.

The basic betting markets on offer for Formula One are just as you would expect.

At the start of the season, lots of the sport's fans might fancy having a bet on the winner of the world championship and this is a market that will be open throughout the whole season.

For those who are more interested in the constructors than the drivers themselves, it is also possible to bet on the team that will be at the top of the standings at the end of the year.

When each race weekend comes around, there are plenty of different bets to choose from. Of course, punters can pick out the winner of a Grand Prix, but they can also bet on who will secure pole position on the grid and which driver is going to record the fastest lap of the race.

As well as these, you can bet on a driver finishing in the top three to earn a place on the podium at the end of the Grand Prix, or for them to merely earn points for their efforts over the weekend.

Many bookmakers will also offer a series of special boosted prices in a bid to attract fans of the sport to gamble with them instead of a rival.

An example of a combination bet would be to bet on a driver to both win a race and get the fastest lap, which could be a way to gamble on the favourite at a more appealing price.

And although it might feel harsh to do so, another option on offer on bookmaker websites these days is to bet on the driver who will be the first car to drop out of the race, while you can even bet on whether or not the safety car will be needed.

Among the relatively new additions to the Formula One betting markets that are on offer is race match bets where the punter has to predict which of two drivers will come out on top.

Perhaps these types of bets are those that will become increasingly popular in the coming years as punters become more attuned as to where the most money can be made in F1 betting.

There is no doubt those who are experts on Formula One can earn a lot of money out of the sport, although it is fair to say there is some way to go until people can become professional F1 gamblers in the same way others have quit their jobs to focus on football gambling, for example.

But to pick up regular profits out of betting on Formula One, it will be necessary to have some sort of strategy in place rather than just picking random options according to gut feeling.

Next up then, let's have a look at some of the most common Formula One betting strategies that are used by fans of the sport to make cash on race weekends.

How to bet on F1: Betting Strategy

The first thing to remember about putting together a Formula One betting strategy is that none of these will ever be completely foolproof.

As much research as you do before putting on a bet, there is always going to be an element of luck involved and for this reason, it is crucial to never wager more than you can afford to lose.

Spending time on researching a bet is a must and Formula One, like the majority of sports in the modern era, has plenty of information to check out on the internet.

Drivers usually have certain tracks where they perform a lot better than others and it is necessary to learn which these are. The flip side is true too, with some drivers having circuits where they always seem to struggle.

Weather plays a key role in Formula One in the 21st century, especially as overtaking is so difficult on a lot of the tracks being used on the calendar at the present time.

Some drivers thrive in the wet and others find it harder, while some teams perform well under the pressure of having to come up with a pit strategy in the rain and others can fall apart.

Early in the season it is wise to stick to smaller stakes as it always takes some time to become clear which teams are going to be the quickest, especially as there are usually new rules, regulations and car designs to get used to.

But later it becomes more obvious which constructors are on top when the circuit has a lot of long straights to build speed and which will do better on tight tracks with lots of bends.

Keeping track of all your Formula One bets is a good way to see whether or not your strategy is working and identify where a tweak or two might be needed to increase your level of profits.

Although it is possible to make a lot of cash out of betting on Formula One, gambling should perhaps be considered a fun hobby first and foremost.

There is no doubt having a bet on the big race makes it more interesting to watch on a Sunday, though, and it seems likely that gambling on F1 is going to increase a lot in the coming years.

New owners Liberty seem set on encouraging betting to be a bigger part of the sport in the future, so fresh innovations could be on the way in order to encourage casual fans.

"There's an enormous amount of video feed and data about the races that we are already capturing that we are not in any way processing incrementally for the dedicated fan, or opportunities around things like gambling," Liberty Media chief executive Greg Maffei was quoted as saying last year. "Outside of the United States there is a huge gambling opportunity in the sport, none of which we capitalise on."

Digital is an area where Formula One has certainly lagged behind sports such as football, so it is going to be an exciting time to see what changes are going to be made by Liberty.

And, as always, punters will be poised to see if there are new angles to exploit in F1 betting.