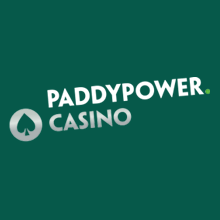 Paddy Power is one of the largest public gambling companies around

Take note: Players from United States are not accepted at Paddy Power Casino. Try one of the casinos below instead, all of which have great welcome bonuses! 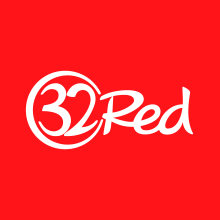 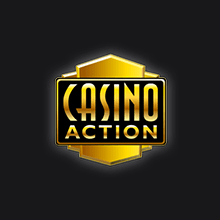 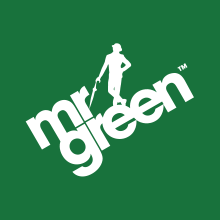 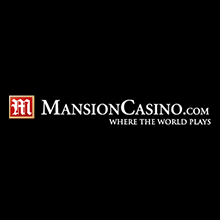 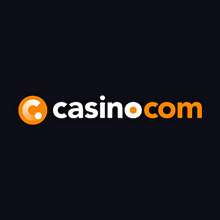 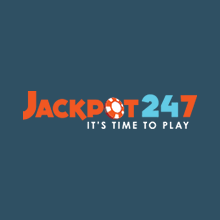 For a complete listing of top online casinos that aceept Americans, click here.

Ryan's Thoughts"Paddy Power is known for their sometimes hilarious TV Ad campaigns. Between the Playtech download casino and their multi-platform slots products they offer a lot of choice."

Paddy Power Casino was launched by Paddy Power, an Irish betting company that was founded in 1988 by the merger of three existing Irish companies—David Power, Stewart Kenny, and John Corcoran. By 2010, Paddy Power had acquired a total of 356 betting shops. In 2011, Paddy Power was given the sixth place in Management Today's "Britain's Most Admired Companies" list.

The operator of Paddy Power Casino is Paddy Power Services Limited, a company registered and licensed in Alderney. The online casino software has been tested and certified by Technical Systems Testing (TST), an internationally acclaimed accredited testing facility (ATF).

Players should be at least 18 years of age to play at Paddy Power Casino. The online casino also encourages players to not indulge in excessive gambling and assists problem gamblers through its partnership with organizations such as GamCare, Gamblers Anonymous and Gambling Therapy.

Below you will find all the details about Paddy Power Casino's bonus offers, with a comprehensive analysis of the fine print. 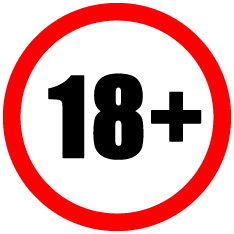 The Bonus has to be waged 35 times before a withdrawal is allowed.

If you play games excluded in the bonus terms the bonus and any winnings from the bonus will be voided.

You can not withdraw early - you risk losing your bonus and any money you have won.

You can't play either slots or video poker double up features with this bonus.

What May Void the Bonus and / or Winnings

Total Cap on Withdrawal when using this bonus.

Paddy Power Casino has some exciting bonus offers for new as well as existing players. New players can claim a free bonus of £10 plus a welcome bonus of up to £500. In addition, the online casino offers weekly bonuses of up to £2000 through its Juicy June promotion.

Paddy Power Casino offers hundreds of Playtech online casino games that can be played from one’s browser without having to download any gaming software. However, players can also download the casino software and access the online casino through an icon created on the desktop.

Here is a brief overview of the gaming portfolio at the online casino:

Players can choose from bonus slots, branded slots, slots jackpots, and multi-line slots. Some of the most popular slots at Paddy Power are Age of the Gods: God of Storms, Monty Python and the Holy Grail, Bonus Bears, and Man of Steel.

The online casino offers six multi-hand varieties of blackjack, along with four variants with side bets and two beginner games.

Many of these games are available in the single-handed as well as multi-handed versions.

Paddy Power offers a number of mobile casino gaming apps. The online casino offers Android and iOS apps for sports, live casino, casino, poker, and bingo. The download links are available right on the casino website, enabling players to simply click on the download link to get the app.

If players are unable to install the app, they have to open the Settings option on their mobile devices, go to Security, and tick the Unknown Sources option. They then have to visit the download folder and tap on paddypower.apk to install the app on their device.

Whenever players wager £10 on the games, the online casino will give them one loyalty point. The points can not only be redeemed for real money, but also used to achieve a level in the online casino's five-level loyalty club.

When players reach the fifth level, they can exchange 75 loyalty points for £1. They will also receive the best customer care, personal account managers, and entries to exclusive VIP promotions, bonuses, and competitions, and free tickets to movies, exclusive casinos, and sports events.

Paddy Power Casino offers payment methods such as debit/credit cards, bank transfer, Neteller, PayPal, PaySafeCard, Skrill, Cash Card, and Cash Card Plus. Some of these methods work on desktop alone while some work on both desktops and mobile devices.

The deposit/withdrawal limits and the processing time varies from one payment method to the other. For example, card withdrawals take up to three business days at the casino, but because of bank processing time, players may have to wait up to five days to see the amount reflected in their accounts.

Reversal Period: The duration of time that the casino places the withdrawal in a "pending" state. The shorter the better and more preferably, the casino has a zero reversal period which means you get your money straight away. Some casinos encourage players to reverse their withdrawal which is not good practice.

Manual Flush: If available, this means that you can release the withdrawal immediately for processing. If not available, then the casino forces you to wait for the reversal period to pass before you can draw your money.

What devices is Paddy Power Mobile Casino compatible with?

Paddy Power Mobile works on a wide range of Android and iOS devices. The entire list is available on the online casino's support page.

What is Paddy Power Cash Card?

What is the shop locator?

Paddy Power has more than 100 betting shops all over UK and players can use the shop locator on the website to find a Paddy Power shop closest to their homes.