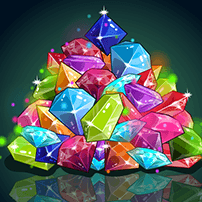 Slots have always been popular because they are games of pure chance and do not require any skill or strategy on the part of players. In spite of the fact that they are based on standard slots rules, they come in a variety of themes, ranging from movies and television shows to vacations and candies.

Developers of online slots games have also explored the theme of gems and jewels. As a result, we have a large number of online and land-based slot machine games based on this sparkly theme. In fact, gem-themed slots are popular because they give players the feel of living in luxury and make them extra hopeful of winning prizes. Players have also won a large number of real money prizes while playing slots revolving around glittering gems. 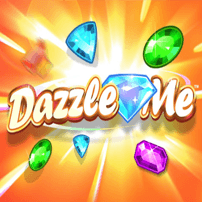 NetEnt's Dazzle Me is a 5-reel, 76-payline slot that can be played on desktops, smartphones, and tablets. The base game features wild reels that can convert entire reels into wilds. The slot offers free spins with the linked reels feature, which can help players win as many 760 times their bet amounts. During the linked reels feature, the first to fourth reels are linked at the start of each free game.

Dazzle Me moves at a fast pace and reminds players of other NetEnt games such as Neon Staxx, Starburst, and Twin Spin. The reels are populated with glittering gems of different colors. 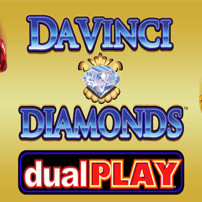 DaVinci Diamonds Dual Play is a diamond-themed slot developed by IGT, which owns WagerWorks. This slot has a house edge in the range of 4.73% to 6.62% and establishes a connection between a famous artist and shiny diamonds. Da Vinci Diamonds Dual Play features five reels and 40 paylines, a wild symbol, and a slew of bonus features, as follows: 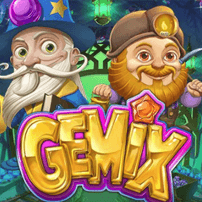 Gemix, an online casino game that is more of a slots game than an arcade game, was developed by Play N Go. It reminds players of games such as Candy Crush, in which the symbols burst and give away to falling symbols from above. Set against a colorful backdrop, the game features colorful gems in various geometric shapes.

The slot comes with multiple bonus features, as follows:

World Progression: Gemix challenges players to travel through three worlds. They can do this by completing the three levels in each world.

World Wilds: Each world in Gemix is associated with a wild symbol that gets activated on any spin that does not result in a win.

In brief, Gemix is a colorful gem-themed slot that is packed with action. 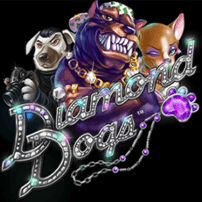 NetEnt's Diamond Dogs combines the delightful themes of pets and diamonds. Since the slot reels and symbols are encrusted with glittering diamonds, it gives players a feeling of luxurious living. It is one of the most sparkling slots created by NetEnt. The reels feature symbols of bones wrapped in ribbons, steaks in dog bowls studded with diamonds, and luxury kennels. Players can use the scatter and the wild symbols to increase their winnings.

They can also use the following two bonus features to plump their bankrolls:

Celebrity Bonus Game: Triggered by the appearance of at least three bonus symbols on a payline, this game challenges players to win prizes by photographing dogs.

Free Spins: If players land at least three poodle symbols on the reels, they will receive ten free spins with tripled wins. This feature can be reactivated during a free spin.

The top fixed jackpot of this gem-themed slot is 10,000 coins, and its return to player percentage is 96.5%. 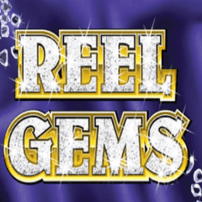 Microgaming's Reel Gems is an online video slot based on the theme of precious stones. Glittering diamonds, rubies, and sapphires are set against a dark backdrop, giving players a feeling of luxury.

The slot comes with 243 ways to win, so players don't have to activate any payline. There is a wild symbol that appears only on the second and fourth reels and a scatter symbol that activates the free spins. Players can get up to 15 free spins with tripled wins. What's more, the free spins can be re-activated while playing a free spin. The slot also has an interesting re-spin feature, which allows players to re-spin any reel at the end of a spin.

Even Playtech has released a gem-themed online video slot called Reel Gems. This is a 25-line slot with a betting range of 0.20 to 100.00, free spins, and a progressive jackpot. The reels are set against a dark purplish backdrop and are populated with sparkling gems and high value cards.

Playtech's Reel Gems features free spins with multipliers and a progressive jackpot that can be won by playing a bonus game.

Both land-based and online casinos offer plenty of gem-themed slots. Playing gem and jewel themed slots at land-based casinos is an exciting experience, but it requires players to travel all the way to the casino. If players want to experience the joys of playing the best gem-themed slots from noted providers such as Microgaming, Playtech, NetEnt, and others from the comforts of home, they must play at online casinos.